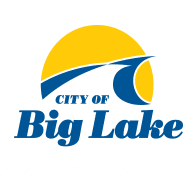 During the 2014 budget planning sessions, the City was facing a large levy increase to fund upcoming debt obligations. Along with the increasing debt payments, there was a significant shortfall in the general operating budget that needed to be supported. Discussions were held in regards to the City’s anticipated property tax levy increase and the effect that the resulting tax rate would have on the City’s already-struggling business community, which are taxed at a much higher rate than residents.

From those discussions, it was determined that the City needed to identify a more equitable way to generate revenue to provide basic City services. Various methods were considered, but it was ultimately decided that, like many other cities, Big Lake would adopt a Street Light Utility Ordinance which would allow the City to charge property owners a monthly fee for the operation and maintenance of the City’s street light and traffic control system.

The fees, which are included with monthly water and sewer bills, are charged to all properties in the City - even tax-exempt properties that typically don’t contribute monetarily towards the essential City services they receive. The revenues received through the collection of fees will be used to fund the cost of electricity and maintenance of street lights and traffic signals throughout the community.